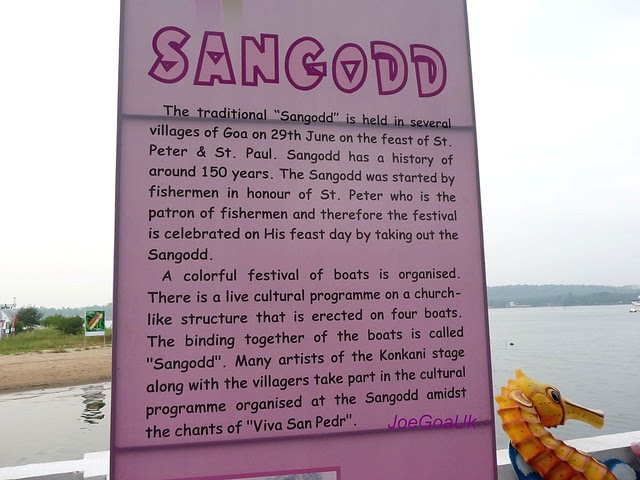 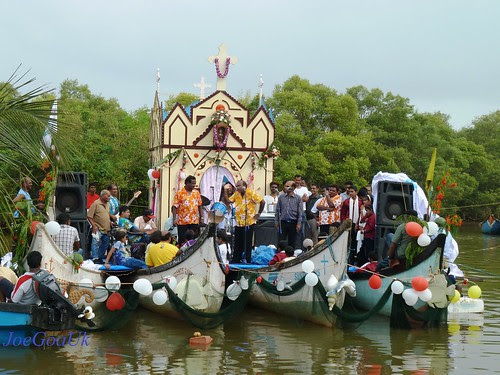 2 or more Canoe /Boats joined together to form a larger boat 'sangodd'
a chapel like structure erected and a stage to perform on it.
Various locals and other professional cantorists sing songs etc.
The sangodd sails from one station to another (traditional halting points).
Onboard, they chant 'Viva Sam Pedr(u)' (Viva St. Peter).
St. Peter being fisherman himself, is regarded as patron Saint of Fishermen's folk.
Today, the 29th June is St. Peter's Feast, so traditionally, the locals celebrated SANGODD on this day.
Happy Feast of Sam Pedr 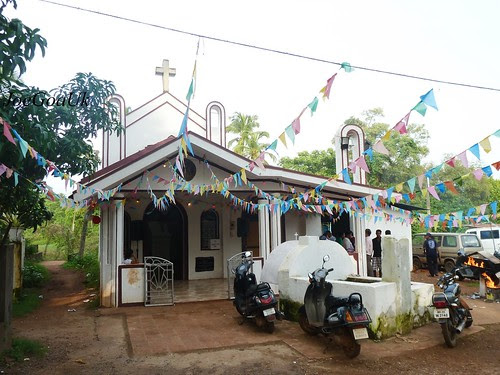 A section of the Crowd 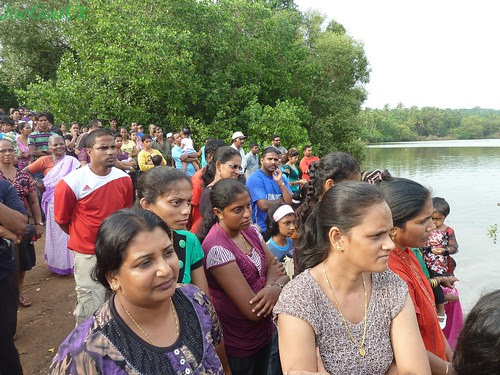 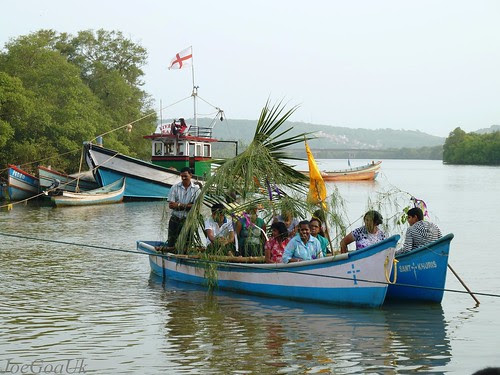 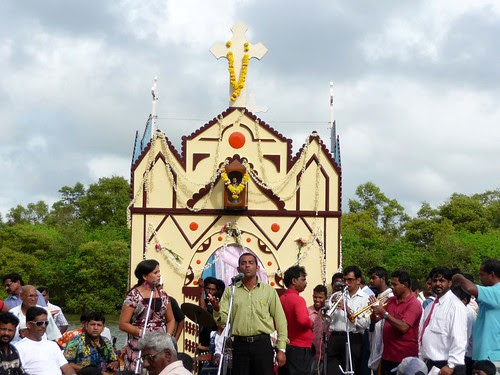 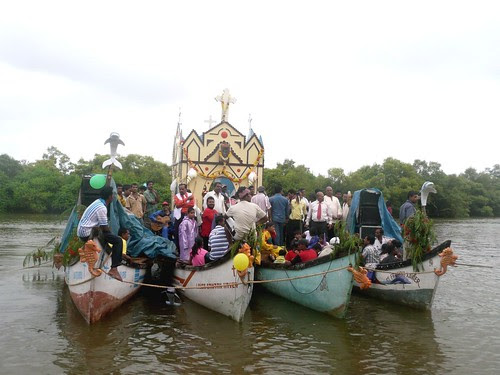 What is Sangodd?
4 boats (Canoe) joined together to form one large boat (see pics).
A small chapel is erected on this boat, besides a stage where the locals sings and dance.

Traditional Sangodd festival takes place on the 5th day after the Sao Joao i.e. on 29th June every year.

Earlier, only the locals were singing on board the Sangodd but for the last 3 years the villagers started inviting the professional tiatrist like Socoro St. Cruz, Bab Andrew, T Britton, Mil Mel Nel, Marcus Vaz etc etc (a video to follow soon).

The traditional Sangodd festival is dedicated to St. Peter and St. Paul who are also the Patron Saints of fishermen.

Who is St. Peter ?
-One of the twelve apostles of Jesus.
-He was a fisherman (so patron saint of Fisher folk).
-He is the one who denied 3 times (knowing Jesus).
-He was the First Head of Church- Pope
-The difference between The first pope and the recent Popes of our times is that the former is married Pope and the later are unmarried.
-He is now holding the main key of the Heaven 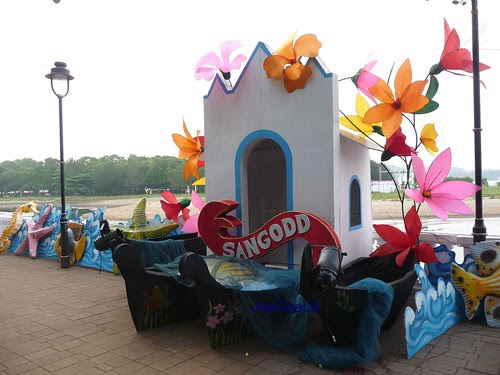